It is a truth universally acknowledged that a librarian in want of a new book will pounce upon any that promise to be epistolary in nature. Join us for a discussion of epistolary novels with #jointhegirlgang‘s Ally. We promise a very charming discussion!

The Perks of Being a Wallflower by Stephen Chbosky
@brainpicker/@brainpickings
84 Charing Cross Road by Helene Hanff (movie)
Dear Genius: The Letters of Ursula Nordstrom

Pamela or Virtue Rewarded by Samuel Richardson
Where’d You Go, Bernadette? by Maria Semple
Why Not Me? by Mindy Kaling
Dear Committee Members by Julie Schumacher
The Divorce Papers by Susan Rieger
LibraryReads
The Unfinished Life of Addison Stone by Adele Griffin
Ella Minnow Pea by Mark Dunn 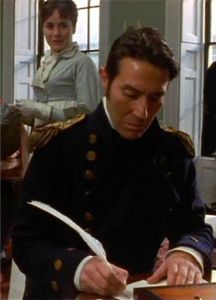 Amy, the other half of #jointhegirlgang, was on Episode 22!