Black Panther
Crazy Rich Asians
Ocean’s 8
To All The Boys I’ve Loved Before
The Spy Who Dumped Me
Love, Simon
Insidious: The Last Key

A Simple Favor
The Meg (Episode 94)
Skyscraper
Looking forward to: Can You Ever Forgive Me? (Autostraddle review), The Favourite, The Wife, Mary Queen of Scots, Spider-Man: Into the Spider-Verse, Mary Poppins Returns

Killing Eve
She-Ra and the Princesses of Power

Music
“Party for One” by Carly Rae Jepsen
“Thank U, Next” by Ariana Grande

“Pynk” by Janelle Monae
“The Hamilton Polka” by Weird Al Yankovic
Crazy Rich Asians motion picture soundtrack
Looking forward to: “Fake Love” by BTS, “Make Me Feel” by Janelle Monae, “Curious” by Hayley Kiyoko, “I Like It” by Cardi B, “Love It If We Made It” by The 1975, Golden Hour (album) by Kacey Musgraves, Mitski, Christine and the Queens, boygenius, Carly Rae Jepsen

Books
#libfaves18
Broken Ice by Matt Goldman
Are You Ready to Hatch an Unusual Chicken? by Kelly Jones
My Life as a Goddess by Guy Branum
Looking forward to: The Shallows by Matt Goldman
Thundercluck by Paul Tillery IV and Meg Wittwer 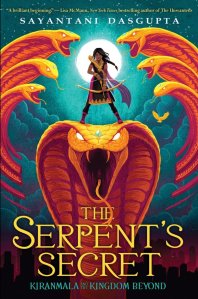 The Serpent’s Secret by Sayantani DasGupta
The Kingdom of the Blazing Phoenix by Julie C. Dao
Spellswept by Stephanie Burgis
The Girl with the Dragon Heart by Stephanie Burgis
The Neighbor by Gerri Hill
Intercepted by Alexa Martin
Pride by Ibi Zoboi
Rosewater by Tade Thompson
Zero Sum Game by S. L. Huang
The Death of Mrs. Westaway by Ruth Ware
Treason of Hawks by Lila Bowen

Looking forward to: The Wedding Party by Jasmine Guillory, The Bride Test by Helen Hoang, Once Ghosted, Twice Shy by Alyssa Cole, The Gilded Wolves by Roshani Chokshi, Dragon Pearl by Yoon Ha Lee, Jade War by Fonda Lee, The Austen Playbook by Lucy Parker, A Duke in Disguise by Cat Sebastian, The Kingdom of Copper by S. A. Chakraborty, The Satapur Moonstone by Sujata Massey, Wayward Son by Rainbow Rowell
Book Riot: 51 New Romance Novels Scheduled for 2019

We’re bringing you our top picks for the fall and early 2019 for you and your library patrons, based on our trips to recent conferences. This is part one of a two-part episode, featuring titles from WW Norton, Simon & Schuster, New York Review Books, HarperCollins, Harlequin, Workman, Macmillan, and Bloomsbury!

Workman
Burning Down the Haus: Punk Rock, Revolution, and the Fall of the Berlin Wall by Tim Mohr (Algonquin, September 2018)
Handmade Houseplants: Remarkably Realistic Plants You Can Make with Paper by Corrie Beth Hogg, photos by Christine Han (Timber Press, September 2018)
The Museum of Modern Love by Heather Rose (Algonquin, November 2018)
The Collector’s Apprentice by B. A. Shapiro (October 2018)
1,000 Books To Read Before You Die by James Mustich (October 2018)

The Ravenmaster: My Life with the Ravens at the Tower of London by Christopher Skaife (Farrar, Straus and Giroux, October 2018)
Twitter: @ravenmaster1
The Other Woman by Sandie Jones (Minotaur Books, August 2018)

Bloomsbury
One Person, No Vote: How Voter Suppression Is Destroying Our Democracy by Carol Anderson (September 2018)

The Priory of the Orange Tree by Samantha Shannon (February 2019)
The Girl King by Mimi Yu (Bloombsury YA, January 2019)
A Shot in the Dark (A Constable Twitten Mystery) by Lynne Truss (November 2018)